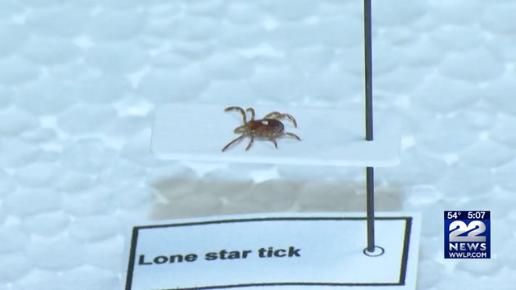 Making headlines recently is the lone star tick, which can cause an allergy to red meat for life for anyone bitten. This tick originated in the south but can be found across the east coast now, including here in southern New England. Like the more commonly discussed deer tick, which is known to transmit Lyme disease, the lone star tick can spread several diseases, but its bite can also result in a severe food allergy in people. Known as alpha-gal syndrome, this condition results in often-serious allergic reactions to red meat, including beef, pork and lamb.

← Carpenter Bees Buzz Up Structural Damage The Latest Buzz: Keeping Flies Out of Your Home →