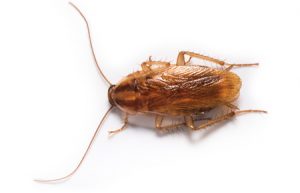 Cockroaches are one of the world’s oldest known pests, with ancestors dating back hundreds of millions of years. Their longevity is due in large part to their ability to adapt to a variety of environments. These flattened insects usually have two pairs of wings folded over their backs, and while many species rarely fly, they can scuttle around with incredible speed on their long spiny legs. Cockroach control is crucial both because of the role they can play as carriers of intestinal diseases and their ability to cause asthma and allergies in children.

Where are Cockroaches Found?

The German Cockroach is far and away the most prevalent roach in homes and businesses. An adult German cockroach is anywhere from ½ to ⅝ of an inch in length. They are winged, even though they don’t fly, and have long thread-like antennae. They range in color from tan to a medium brown and have two short, dark stripes located just behind the head. German cockroaches breed quickly, reaching sexual maturity in 4 months and produce egg capsules containing an average of 40 immatures. The immatures, called nymphs, are small, very dark in color, with undeveloped wings. In growing populations, nymphs will be the majority of the population.

These roaches measure up to 1½ inches in length, are reddish brown in color and are capable of flying when the temperatures are very hot. They prefer warm, moist environments like sewers and steam tunnels.

About one inch in length, they are mahogany brown to black in color and are not capable of flying. The adult males and females look different from each other. The males have short wings which do not cover the entire abdomen, and the females have little wing pads. Their preferred environment and control measures are similar to the American roach, but they tolerate much cooler temperatures.

This dark brown roach can grow up to one inch in length. The male, which is capable of flying short distances, is larger than the female, which is unable to fly. The female deposits the egg capsule containing up to 32 eggs behind the loose bark of a log or stump. Introduction into the house is usually on firewood or attraction to porch lights and exclusion issues (gaps, cracks, or open doors). They never reproduce indoors, so treatment is only applied outside of the home.

Cockroach pest control is very important because of their public health impact. Cockroaches are known to carry numerous bacteria, parasitic worms and other pathogens in and on their bodies. In addition, cockroaches are allergens and are now recognized as an important asthma trigger, making it crucial to act quickly and remove cockroaches from home and business environments.

Signs Cockroaches are Present in Your Home or Facility

The best way to tell if you have roaches in your home (besides seeing them) is to identify droppings or egg cases. German cockroach droppings can be dry and look like flecks of pepper or ground coffee or be moist and smeared onto walls and other surfaces and their egg cases are segmented and have a light brownish color. The females carry these egg cases until hatching or near-hatching, so usually only empty cases are found upon inspection. For American or Oriental cockroaches, the egg cases look like coffee beans with a zipper on one edge, and the cases are dark brown. They are dropped and not held for very long. In general, cockroaches also have a distinct odor in high numbers.

While sanitation is key to cockroach control, successful elimination requires the use of multiple methods and materials without being overly reliant on any one product or method of application. Our cockroach removal process includes the use of baits, insect growth regulators, aerosols, residual sprays and dusts. Finding and correcting the source of the problem is the best elimination method. When we treat, you can be assured of great results because we have the education, training and diligence required to get to the root of the problem. Elimination is Guaranteed! If you think you have an infestation of cockroaches, contact Braman immediately. 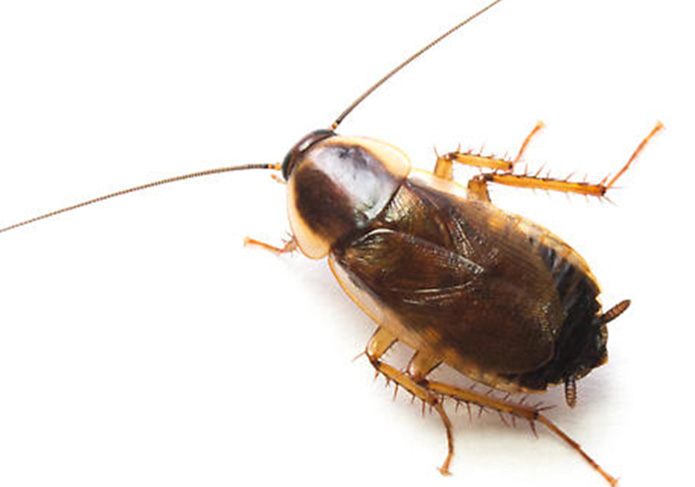 Some male cockroaches like to impress mates with a nice romantic dinner by lifting their wings and secreting a tasty fluid from the top of their abdomen. The females just can’t help themselves.

A female German cockroach can produce eight egg cases in her lifetime, with each case containing around 40 offspring. That’s around 320 offspring in a year’s time.