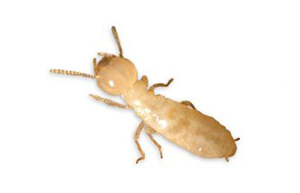 It’s a fact: termites cause more damage each year than fires. The cost to repair termite damage across the U.S. runs in the billions of dollars annually.

If you think these destructive pests have invaded your home, our certified termite pest control specialists will conduct a thorough inspection. Highly trained technicians can often detect the presence of termites, even before they are visible to the naked eye or have had a chance to cause structural damage to your home. We can then offer you valuable termite removal options to best meet your needs.

By offering the Sentricon® Colony Elimination System, a termite baiting program, Braman Termite & Pest Elimination can provide you with the termite removal service that best meets your individual needs and preferences. Our entire staff of licensed termite inspectors and technicians has both the knowledge and the experience to solve termite problems in any type of structure.

For more information about our termite control services, take a look at our MultiPest Plan to ensure you are protected all year long.

Where are Termites Found?

According to the U.S. Department of Agriculture, eastern subterranean termites are found in every state in the continental United States. 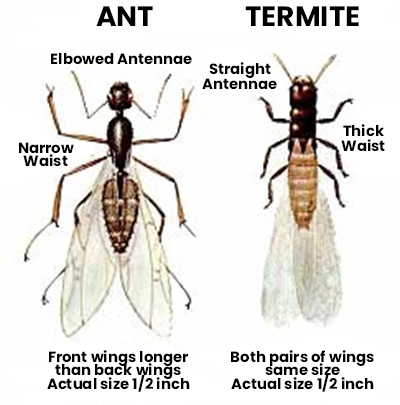 The most common sign of a termite infestation is a swarm, which is part of the reproductive function of a colony. Winged termites swarm in great numbers in the spring, ride on wind currents, find mates and make their way back into the soil to start new termite colonies.

Termite swarmers are often misidentified as ants. There are three main differences: termites have broad waists, four wings of similar size, and straight antennae compared to ants which have pinched waists, forewings larger than the hindwings and jointed antennae.

Termite swarmers can be found both indoors and outdoors. They are attracted to light, so you will find their dead bodies or shed wings near windows and other light sources

In nature, termites provide a useful service by breaking down dead trees and vegetation. However, they do not distinguish between the dead wood outside and the dead wood inside that we use to construct our homes, so they can cause significant structural damage.

According to the National Pest Management Association, a colony of 60,000 workers can consume five grams of wood in one day. That translates to roughly 2.3’ of 2’x4’ boards in a single year. If you extend that to a major colony of 1 million, that number increases to 40’ of 2’x4’ wood in a single year! Because termites don’t finish one piece of wood before moving on to the next, you can expect the damage to be widespread throughout your home, if they start feasting.

Signs Termites are Present in Your Home or Facility

These are the top five signs that you may need termite pest control in your home or facility:

Termite mud tubes on foundations or where two wooden structural elements come together are a sure sign that you have termites. These tubes are a closed system highway for termites to travel from the earth to the wood they are eating. This is necessary because termites need a very high moisture content to survive.

If you think you have a termite infestation, contact Braman immediately to conduct an inspection.

Every termite pest control service begins with a thorough inspection of the home or building to determine areas of termite activity and identify any conditions that could be conducive to termites. By identifying both active and at-risk areas, we can design the most appropriate plan for prevention and treatment.

Your residential or commercial real estate is one of the biggest investments you can make. If it becomes infested, that investment can literally be eaten away. That’s why we offer the Sentricon® Colony Elimination System, a termite baiting program. Because the system has such low toxicity, we are able to offer it as a preventive measure. In fact, the system was the first product registered by the U.S. Environmental Protection Agency under its Reduced Risk Pesticide Initiative and has received the Presidential Green Chemistry Challenge Award.

You can find out more about our pest treatments with our MultiPest Plan. 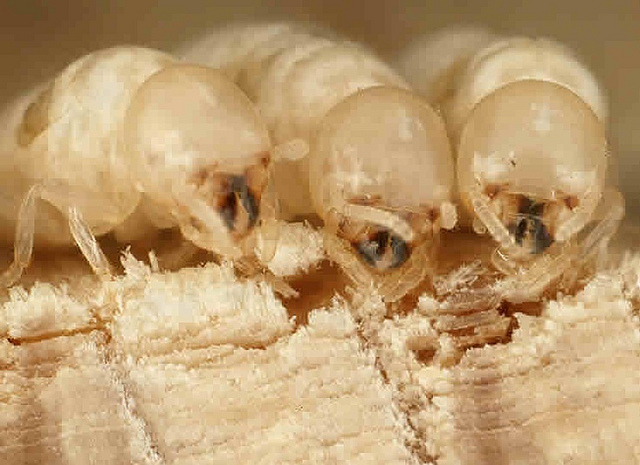 If you spot a swarm of termites inside your home, that means they have already been there for at least three years! These pests cause billions of dollars’ worth of damage each year.

A major colony of one million worker termites can consume 40’ of 2×4” wood in a single year. Now that’s a lot of damage!