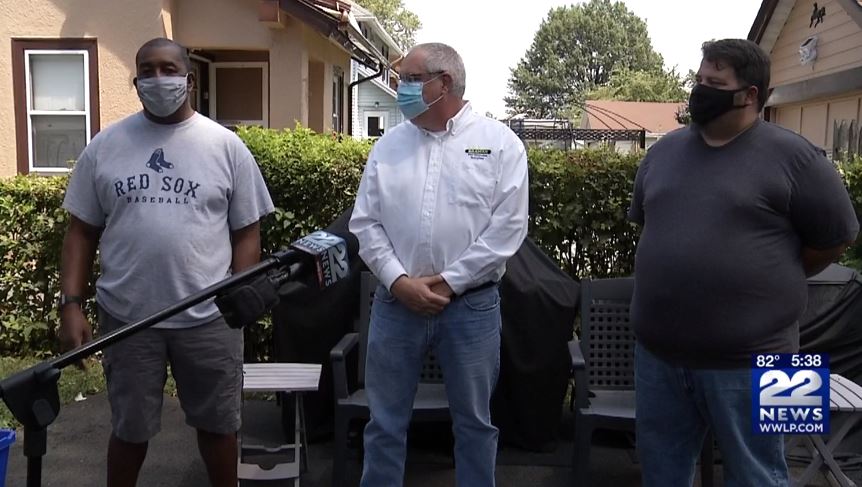 Braman employee, John Flaherty (center), was outside with his neighbors, Chris Walker (left) and Justin Foley (right),  in West Springfield when they noticed that there was smoke coming out of the back of one of the nearby homes. John is a former Enfield firefighter and one of the neighbors he was with knew that there were people in the house.

The three men went to the house and started banging on the door. No one was home, but certain that there were people inside, John entered the house and found three people in a bedroom sleeping with the air conditioner on. The residents had no idea there was a fire in their house, but thanks to John, Chris and Justin, were quickly and safely evacuated. The fire department arrived on the scene shortly after.

Thanks, John, for your quick thinking and heroic actions. You are an inspiration to us all!

← Are Flies Buzzing Your Business Out the Door? Rats! Residential Rodents Increase during Pandemic →