The Carpenter Ants Go Marching: How Homeowners Can Fight Back 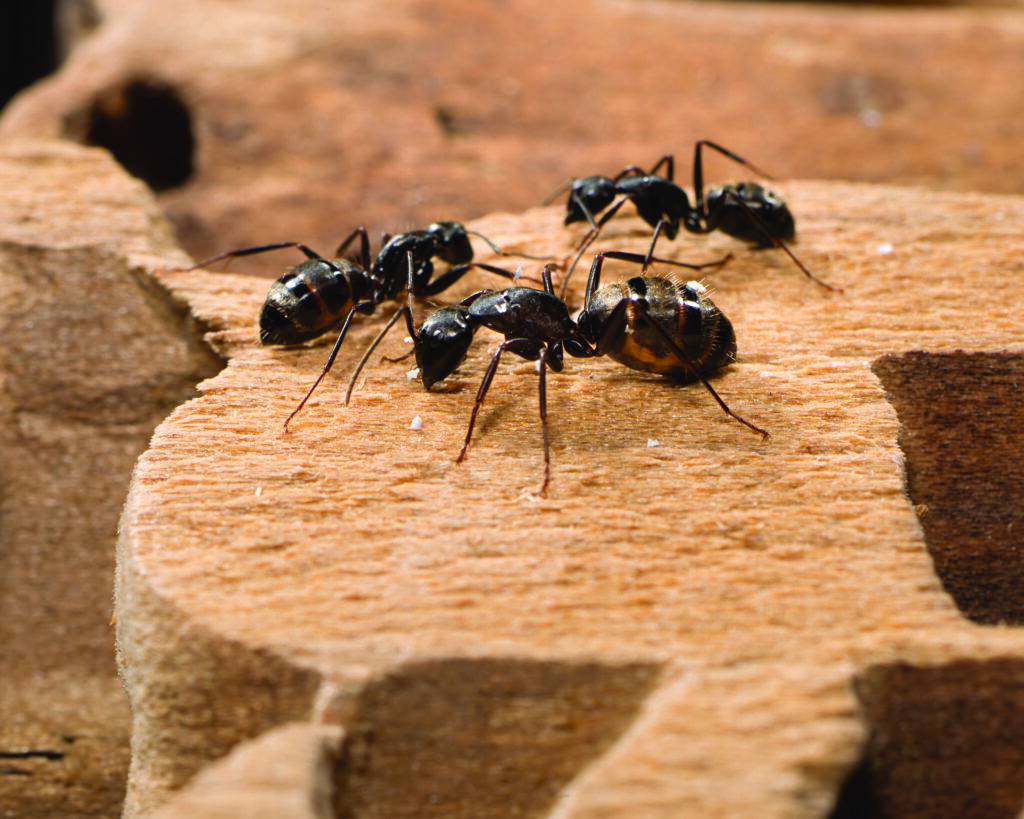 Often considered the number one nuisance pest, ants are annoying at best and, with more than 700 types of ant species in the United States, can pose serious health risks and cause significant damage at their worst. One of the most common home invaders is also one of the most destructive: carpenter ants.

“Most ants thrive in warm and moist conditions, so hot and humid New England summers bring them out in droves,” said Jerry Lazarus, owner of Braman Termite & Pest Elimination. “They account for the most frequent calls we get in the summer months.”

Carpenter ants hollow out nests in both dry and moist wood, though they prefer the latter, which can compromise a home’s structural soundness. Because they don’t eat the wood—they excavate it—small, sawdust-like piles of wood may be a sign a carpenter ant nest is nearby. These ants typically have several nests, including a parent colony that contains the egg-laying queen and satellite colonies with workers and babies. Colonies can contain up to 5,000 members.

Lazarus noted that a carpenter ant infestation can quickly spread out of control, compromising the structure of a home.

“They can be particularly hard to remove since their nests can be difficult to locate,” he said. “In some cases, the only way to completely remediate an ant infestation is to call a qualified pest professional who can locate and remove the identified species’ nests. We’ll determine if the carpenter ants have a nest in your home or if they are foraging from a nearby nest. Then we determine the appropriate steps to eliminate the problem using the least amount of insecticide necessary to do the job effectively.”

However, said Lazarus, there are ways to reduce the likelihood of an infestation from the start: