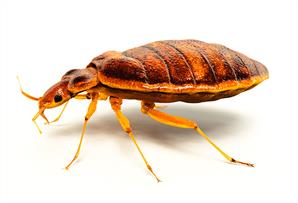 Last week we had the pleasure of hosting Jeff and Dan White from Bed Bug Central, a highly respected organization in our industry. Jeff, the Technical Director of Bed Bug Central, holds a MS in Entomology from the University of Florida and has been featured as a bed bug expert on a number of national news programs. His brother, Dan, is the head of the company’s commercial sales effort in Philadelphia, recently ranked #2 on the list of most bed bug infested cities in the United States. Based in New Jersey, they came up to put us through our paces in their “Bed Bug Boot Camp.”

With more than 125 years of experience, we conduct similar training for customers and prospects at Braman. However, we also know it’s important to continually seek the latest best practices to provide the superior customer service and results we are known for throughout southern New England. Here are some of the most compelling “nuggets” of information we gleaned from our time with Jeff and Dan at Bed Bug Central:

There has been some debate as to whether bed bug problems are diminishing or still escalating. A University of Pennsylvania study indicates that although the furor and hand wringing of 2010 has somewhat subsided, actual occurrences of bed bugs are still on the increase. Just yesterday we learned that the Hartford–New Haven metro area has climbed to #34 on a major pest control company’s list of most infested American cities.

One researcher, using a mark-recapture technique, “painted” bed bugs and released them in an apartment setting. Surveys were then conducted in adjacent units and “painted” bed bugs recaptured to get a sense of how much migration takes place. The short story is that movement between units is substantial. There has, in our industry, been the idea that if bed bugs are found in an apartment or hotel room we should look closely at the unit on each side and those above and below. Interestingly, although this does occur, very often dispersion involves bed bugs simply walking out the front door, across the hall and in the front door of the apartment/room across the hall!

This brings us to a final point. In high-rise buildings, research shows that 80% of bed bug infestations in a given building have shared genetic material, indicating that there was one “ground zero” unit in which the infestation began and from which the infestation spread around the building. Unfortunately, for various reasons, these folks often do not report that they have a problem and it festers and spreads.

Taken as a whole, these lessons can help us be more effective in helping people deal with this problem. The key is early detection. Continue to follow the Braman blog as we explore this topic in a future post.